When people see their Capilano dentist for the first time. They often ask about dental amalgam. This is if they have the silver fillings. Already in their mouth. Or, if they have to get a cavity filled. 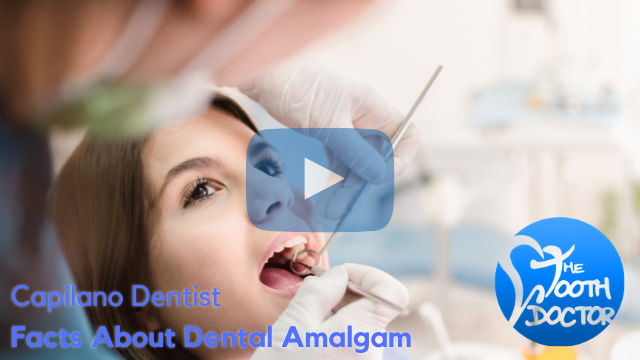 While many people understand a little bit about amalgam fillings. Many people do not understand everything. About this type of alloy. That is used in dentistry.

First of all, people should understand. That amalgam, is an alloy. An alloy, is a combination of several metals. That have different properties in each individual metal. Before they were combined.

That is why we have stainless steel. While it is not specifically pure steel. It is combined with many other metals. Including aluminum. To ensure that it has all of the properties we want.

That is why it is extremely strong. But resists rusting. And is more durable. Dental amalgam is very much like that. Where they combined Mercury. Which is liquid in its original format.

And combine it with powder of many different metals. That could include zinc, tin, copper. Or even platinum or palladium. And when they are combined, they have different properties altogether.

It makes an extremely strong alloy. That is in fact, the strongest and most durable material. For using in dentistry, to fill people’s cavities. As people bite and chew. That is a lot of force on the teeth.

As well as the filling over time. And the more durable the material is. The longer it is going to last. While there are trace elements of Mercury. In this alloy, it is not as dangerous as pure Mercury.

Because it is in a different format. And therefore, safer. Then Mercury would be. And even then, there is the accepted safe levels. Of Mercury according to Capilano dentist. Because tuna is efficient.

However, people will still consume more Mercury. Eating tuna. Then they would from their dental fillings. However, some people with many fillings. Like fifteen, or twenty.

Worry that the trace amounts, from all of their fillings combined. Would be dangerous. And while that is a reasonable fear says Capilano dentist. No studies have found this to be true.

While there is some anecdotal evidence. Of people who report feeling better, or having fewer medical problems. After removing their amalgam fillings. There is no actual evidence to support this.

And people can very happily, live the rest of their life. With the amalgam fillings that they have. This is according to all of the research. As well as the FDA, the Canadian dental Association.

As well as the Alberta dental Association. And finally, most dentists believe it is completely safe as well. Which is why they continue to use amalgam fillings in their office.

One of the favourite quotes from Capilano dentist is. You do not have to brush all of your teeth. Just the ones you want to keep. And while that is a funny quote. Many people still have cavities every year.

Which will require their dentist. Putting in fillings. As well as crowns, and dental implants. While the silver fillings. Used to be the most popular. And now, dentists are using a white filling.

And many countries, such as Denmark or Britain. Have banned the use of amalgam. And many people are concerned. That is still in use in Canada and the United States.

One of the reasons, why was band overseas. Is because of the waste that is created. When making amalgam’s. Therefore, it is not necessarily the amalgam itself that is the problem.

The next thing that Capilano dentist wants to point out. Is that for many things that are toxic or harmful. There is an accepted level. Of when that particular substance is safe. There are many examples.

First of all, x-rays are known to be dangerous. However, the amount of radiation. That people get, when undergoing dental x-rays. Is extremely small. In fact, people would be exposed to more radiation.

Flying in airplane from Edmonton to Vancouver. So while we know that radiation is dangerous. There is also the safe amount. That it is okay to be exposed to. Another example is chlorine.

While everyone knows, that it would be deadly. To drink a bottle of chlorine. Put into a swimming pool. Chlorine makes the water safer to be in. And no parent would dream of keeping their child out of the pool.

Because of the danger of chlorine. But in that small amount. It is known to be completely safe. As well, Capilano dentist also says. That new research and new information. Is coming to light all the time.

Such as BPA. Everyone knows how dangerous that is. And plastics with that component our banned. Which is why there are always studies being conducted. To ensure that what is being done is still safe.

And according to all of the studies. That have been done by many different agencies. Including the FDA, the food and drug administration. Dental amalgams are completely safe. And Mercury does not leach out of them.

While most dentists, including Capilano dentist. Will default to white fillings. There are some instances, where white fillings are not adequate. And that is when the dentist will discuss the option.

Of putting amalgam in the patient’s mouth. If they disagree. They are free to get a root canal. And have a crown put on their tooth. Or, to get a dental implant instead.

However, there dentists goal is to help people. Protect their teeth for the longest amount of time. For as inexpensively as they can.