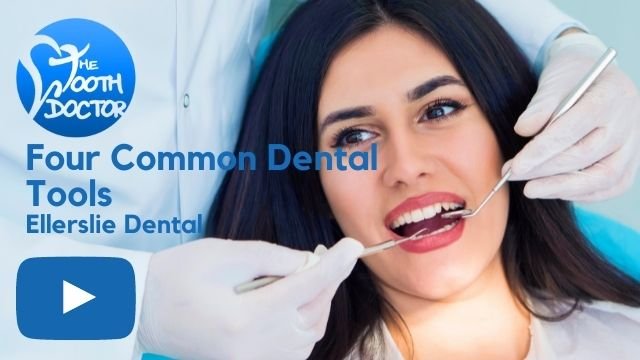 And that’s exactly what the head doctor at the tooth doctor dentist clinic says to each and every one of the clients. Though he can estimate that approximately 90%.

Of his patients do not floss even once during the week. He is not quick to push them. However, he certainly does encourage them to try and started on a routine.

As a once a week job. Pick one day a week, the same day, and floss that day, potentially in the morning before you go to work or to school. Yes, it is equally.

Important, says Capilano dentist, to encourage your children to floss as well make smart and yes, there is no timeline, or no age that is too old or too young to begin.

On the proper dental routines, that is flossing twice a day, once when you get up, and once before you go to bed. And then, either one of those times, do your flossing.

Particularly for children, Capilano dentist does indeed know that getting them to brush can be hard, and flossing, even harder! There are implements that you can purchase.

For very cheap, at either a grocery store, or even as simple as a dollar store. They are flossing implements that are kind of a two-for-one implement. On one end there is a.

Small piece of floss that is attached on both ends. And, you can have the child hold it on one and. And they can very easily fitted into each and every one of their teeth.

Moving it back and forth. Further, for more fun for the children, often, the flossing implement is in the shape of fun animals, or the like. It is so much easier.

To use that small flossing implement, that usually comes in packages of six or 10. Then it would be to use the old-fashioned floss, where you simply get a long string.

Out of a small canister, and then you have to wrap around your fingers, and vigourously start rubbing it in between your teeth back and forth. Yes, absolutely, that.

Is still what the adults do on a regular basis. But for kids, it is a little bit difficult with their small hands. Capilano dentist says that for an example, with flossing, make sure.

That you treated as a routine, just like you would brushing your teeth. However, it is something that stands to reason that people don’t put aside a lot of time in the.

Morning before work or school to get into that routine. Therefore, what the tooth doctor does indeed suggest is to carve out some time just one day a week. If you begin.

To do that on a regular basis, week over week, then it not only will it become a routine. But, likely, the dentist will begin to notice. That yes, absolutely, your teeth.

Your gums, and your bone health is much healthier than it was before you started your regimen of flossing. Stick with your dentist words, as they are thoughtful and wise.

Capilano dentist says that flossing every day can make or break the health of a person’s teeth, gums, and even their job own, below the gumline. Yes, as a matter of fact.

It makes it so much easier when flossing is done, and all of the food, and other irritants can be taken away from the space from the tooth to the beginning of the gum.

Ideally, what can happen if flossing doesn’t occur, is the fact that the little bits of food. Can slowly start to seep deeper and deeper into the gum. And, attacking the bone.

By virtue of the fact that the bone is not the same chemical makeup as the food, it certainly starts to attack the bone, and deteriorate the bone. Then, by sheer.

Matter of physics, the bone, becoming smaller and smaller, weaker and weaker, starts to lose the teeth. As a matter of fact, Capilano dentist has a story.

Where, an 80-year-old patient did come in to the office. But, that 80-year-old, because of their flossing routine, still had all of their natural teeth. And did not have.

Any sort of appendages, or other considerations from in their teeth. Sadly, however, they have estimated that about 90% of their patients do not floss at all!

Can you imagine the dentist bills that will be saved, much to the chagrin of Capilano dentist, if people just started to floss at the very least once a week?

Further, as a matter fact, I just learned today, what it means to scale teeth. All of the metal implements that you see lying on a tray in preparation for your dental.

Visits, some sharper than others, some with plastic ends, are the scalars. And, others do have different angles, different degrees of sharpness, and the like.

Because of the fact that the angles are used to get in to the different angles of the teeth. Dentists can choose from anywhere between using 32 upwards of 12.

Different scalars, or maybe, even more. This, is all up to the dentist, and they enjoy particular scalars because of its efficiency, its convenience, and its ease of use.

In the dentists hands, says Capilano dentist. Further, obviously, you see the little round mirror that is also on the tray in preparation for your visit. Not only does it help the.

Dentist to see inside your mouth. But, did you ever think of the fact that. Without the mirror the dentist would be asking you to shift, turn right or to the left, and the like.

So that the dentist can better see different angles of your mouth? If that little mirror wasn’t there, then, the tooth doctor says that potentially it might become a game.

Of twister in your chair, between you having to shift positions, and the dentist trying to get a better view of the backs and the sides of each and every one of your teeth.

It’s funny how a very small implement like the mirror. Can almost be the most necessary of instruments for a dentist! But, it certainly is an efficient job done with it.