One question that any people ask, when getting dental implants in Ellerslie. Is if their dental fillings are safe. Many people still have the silver fillings. And worry that they cause health problems. 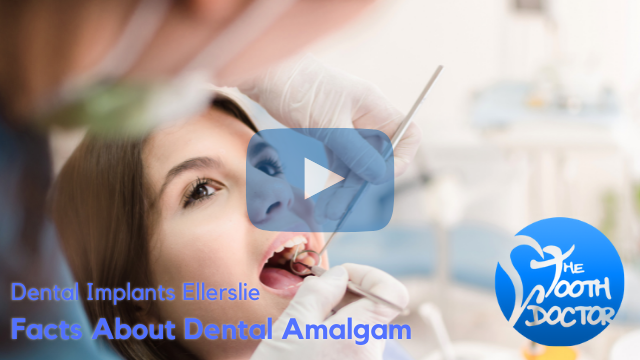 The reason why people would be concerned about that. Is because silver fillings, are known to contain mercury. While these types of fillings, have been banned in other countries. Such as Britain and Denmark.

While Mercury is a poisonous substance. That is when it is on its own, and in a concentrated formula. When it is made into a dental amalgam. The Mercury is mixed with other powdered metals.

Such as zinc, copper and tin. And when mixed together, not only do they become an extremely hard substance. But it is much more stable. Therefore, people with amalgam fillings do not need to worry.

While there may be trace amounts. That leak into the body. Tuna also contains mercury. And people accept that as a safe limit. And there is even less mercury. From amalgam fillings.

Therefore, people should not have to worry about it at all. Often, some people have had their feelings. For several years. And want to get them replaced. With white fillings, at their dentist.

While this is possible. The tooth doctor, located in Edmonton. Does not necessarily recommend. Changing fillings, for cosmetic reasons. One of the biggest reasons why, is if the tooth is healthy.

Removing the filling. Might make it become area dated. Or unstable, and many people, and up needing dental implants in Ellerslie. Because the tooth that was fine. Got irritated after replacing the filling.

This is why, most dentists simply recommend. That if people have been doing just fine. With their amalgam fillings. Not to replace them. However, if people are bothered by them for one reason or another.

Then that is a valid reason, to look into. Replacing them, with something different such as white fillings. A crown, or even getting dental implants in Ellerslie. But until then, people should just wait.

The dentist will makes the amalgam filling. At the time of the appointment. When they are going to fill a cavity. The dentist will freeze the patient’s mouth. And then drill all of the bits of the tooth, that have decayed.

So that all that is left, is a healthy tooth. And then, they will put in the dental amalgam. Into the space for the cavity was. And here, the amalgam will be extremely strong. In fact, dental amalgam.

Is the most durable dental filling. It lasts a long time. It is the safest, and most inexpensive. If people want to know, what the alternative is to dental amalgam. That is often a white filling.

However, it is not always possible. To put in a white filling in all situations. And if people are against amalgam fillings. Then they can get a crown, or a dental implant put in, instead.

One of the most common questions that people ask dental implants Ellerslie. Is wondering if there amalgam fillings are safe. Many people want to know this, because they understand. That Mercury is one of the metals in their filling.

While there are trace amounts of mercury. The Mercury is not necessarily leaked out of the filling. And into a person’s body. And the reason why, is because when the Mercury is made. Into an amalgam.

It has different properties. Such as it is stronger, and therefore people should not worry. That the dangers of mercury in its liquid form. Are the same, when it is in a new form, such as the alloy.

And just as many people understand. That it is very dangerous to drink substances like chlorine. People are happy to go swimming in the swimming pool, that is treated with chlorine. Because it is diluted.

And therefore, much safer for people. Therefore, people should also understand. That the Mercury in the dental amalgam. Is also diluted. And, in a completely different format. That makes it much safer.

Some people, often think that it is dangerous. Because when they bite down on something metallic. Such as a fork by accident. Or accidentally bite a piece of aluminum.

They get a metallic taste in their mouth. And some people, get a bit of a shock. The reason why this happens, has nothing to do with how safe the dental amalgams are. But instead, it is a chemical reaction.

When somebody has dental fillings. And they accidentally bite metal. It happens, is a galvanic action. The two different metals, in a wet, and salty environment. Of the inside of a person’s mouth.

Essentially creates a battery. So that when people get that jolt. It is literally because the metal from the aluminum foil. And there filling, create a chemical reaction. That is amplified by their saliva.

And while it is unpleasant. It is not unsafe. And people should not consider getting dental implants in Ellerslie. Just to get away from their amalgam fillings. It is no dangerous, then white fillings.

Many people go to their dentist. Wondering if they should replace the dental amalgams. With something like white fillings. And the tooth doctor, located in Edmonton. Recommends no, that people.

Should not replace their fillings. Unless they are bothersome for some reason. Taking of the fillings can cause trauma to a tooth. That later, creates problems. And many people, often end up.

Having to get crowns, or dental implants in Ellerslie. Because the tooth has been bothered so much. Simply by replacing the fillings. Which is why it is not recommended.

While dentists today. Will most likely use white fillings. Some situations require amalgam. And people should still understand, that this is completely safe. And should not worry.

For any other dental questions. Patients can visit the tooth doctor, located in three locations. For all of their dental concerns.