It is important for people to visit their Edmonton dentist regularly. But it is equally as important that people should feel comfortable enough. To ask the questions that they have. There are many reasons why people may not. 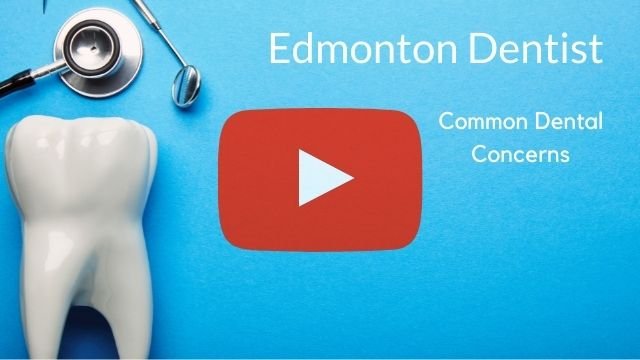 From being too shy, wanting the appointment to be over. And not wanting to appear stupid in front of their dentist. However, the tooth doctor firmly believes. That the only bad question.

Is the question that is left on asked. As well, people should not feel as though they should already know. How to take care of their teeth. Especially as time goes on. And dental practices and knowledge changes throughout the years.

The idea behind this says Edmonton dentist. Was that they would want to get rid of. The bacteria that causes cavities quickly. To avoid the bacteria from even getting a chance. To cause damage to the teeth.

However, that is no longer considered best. For many different reasons. The first one, if people brush their teeth too often. As well as brushing their teeth too hard, or using a hard bristled brush.

They actually could be damaging their teeth and gums. Since people have a protective layer of enamel on their teeth. And that enamel cannot be replaced if lost. People who brush their teeth too hard or firmly.

Can actually brush away that protective coating. Leaving their teeth even more susceptible to cavities. Another problem with brushing too often or too firmly. Is that people can actually cause their gums to erode away.

In some extreme cases, Edmonton dentist says they have to give gum grafting. In order to replace the tissue that was lost. And in order to fix this. They will have to cut a patch of skin. Out of the patient’s mouth.

And then so it onto their gums, in order to. Replace the tissue that was lost by over brushing. Another reason why dentists no longer recommend. Brushing immediately after a meal.

Is because there are many different foods that are high in acidic content. Foods like citrus fruit, oranges, lemons, limes and grapefruit. As well as vinegar, and tomatoes just as a few examples.

The high acidic content actually causes the enamel to become temporarily soft. And if people brush their teeth too quickly. After eating meals with these foods and its. They could brush away the softened enamel much more easily.

Best practices say that people should wait about half an hour after eating. And if they are concerned about bacteria starting to make a meal of their teeth. They should drink a large glass of water.

Or wipe their teeth with a soft cloth. In order to get rid of the bacteria. Before they brush, approximately half an hour later.

Edmonton dentist patients should alleviate their own dental concerns

Visiting an Edmonton dentist twice a year is best practice. However, many people still wonder. But the best oral care routine should be. They have conflicting advice about how often they should brush their teeth.

And if they should use mouthwash, a tongue scraper. Or if floss, or floss pick is best. Therefore, they visit their dentist, and ask. But the best oral care routine is for healthy teeth and gums.

The first thing that they should know, is that when they do brush their teeth. They should be using a soft bristled brush. Because of brush that is to firm. Can actually cause damage to their teeth and gums.

While many people feel as though a soft bristled brush is not going to get rid of. The bacteria, or that their teeth do not feel clean enough. Edmonton dentist recommends coming in twice a year.

For a dental cleanup. And they would most likely realize, that it is enough. To get a professional cleaning twice a year. And they can use a soft bristle brush. And help feel as though their teeth are getting clean enough.

Once they have the right wrestled brush. They should brush their teeth. Twice a day, instead of what was once considered. Best practices of three times a day. The reason why they should only brush twice.

Is to avoid the potential of over brushing their teeth. Or damaging their teeth and gums. They also should get into the habit says Edmonton dentist. Of using mouthwash, after every time they brush their teeth.

The reason why, is because mouthwash actually. Gets rid of the bacteria that is on the soft parts. Of a person’s mouth, such as their tongue, soft palate. And the inside of their cheeks. Even if they brush their teeth adequately.

Therefore, by using mouthwash. Edmonton dentist says patients can get rid of. 99% of the bacteria. And their entire mouth. Making it less likely. That they could be susceptible to tooth decay. From bacteria transferring onto their teeth.

They do choose a mouthwash, they should get an alcohol free kind. While mouthwash that contains alcohol is typically cheaper. Alcohol in and of itself is drying. And dry melds are more susceptible to cavities.

Therefore, patients can help themselves significantly. Not only by using mouthwash twice a day. But by using an alcohol free mouthwash. Finally, best practices would be to have people. Flossing their teeth once a day.

Edmonton dentist says it does not matter if it is regular floss. Wax loss, a floss pick or something else. Is simply important. To use a tool to get in between the teeth. Where bacteria can build up significantly.

And cavities can run rampant. Especially as it is much harder to see cavities in between the teeth. The sooner people start utilizing a proper oral hygiene routine. The sooner they will be able to ward off potential cavities and tooth decay for years.