Whether people visit their Ellerslie dentist regularly. Or occasionally, they end up having questions. These questions can help them get the best care. Which is why the tooth doctor wants everyone to know the answer to these most commonly asked questions. 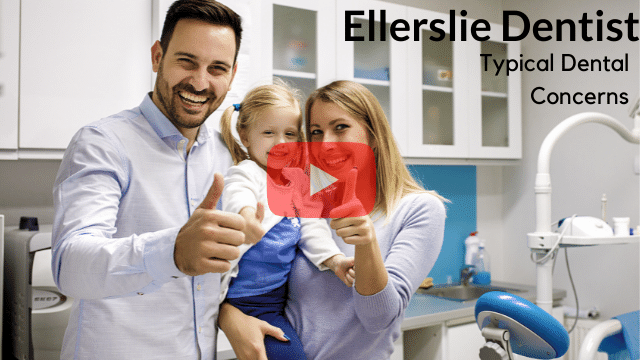 Many people want to know how to whiten their teeth. For whatever reason, from eating foods that have died their teeth darker colours. Foods such as blueberries, red wine, coffee and green and black tea.

As well, dentists say that many people. Simply are genetically predisposed. To having different colours of teeth. And it is not because they are not brushing their teeth. Our that they do not have a good oral care routine.

Many people, before they even ask their dentist. Try over-the-counter tooth whitening solutions. Such as whitening toothpaste. Or whitening strips, and home bleaching kits.

Unfortunately, these whitening solutions. That are available over-the-counter. Are simply not strong enough to whiten a person’s teeth. More than a single shade. While these are good options.

For people who are wanting to maintain. A certain level of whiteness. If people are drinking coffee, drinking red wine. Or consuming anything that could potentially darken their teeth.

The typical outcome, will be that their teeth. Will remain approximately the same shade of white. If people want more definitive results. Ellerslie dentist has many options for people to try.

The most popular option for people. Is an at-home whitening kit. That they get from the dentist. The bleach has an ability. To whiten the teeth up to five shades. So people will get a much better results.

Once they have the impression, they will make the trays. So that when people use the bleaching kits. It will fit their mouth better. Then, they will determine the level of whiteness people want to achieve.

And they can then take the kid home. And brighten their smile in the comfort, and privacy of their own home. However, if people have sensitive teeth. Ellerslie dentist says bleach is not a good option.

As it can cause pain or discomfort. While the whitening is happening. And for a few days afterwards. Therefore, people with sensitive teeth. Have two other options from the tooth doctor. The first option is veneers.

Which refers to a false front. That are applied to the tooth surface. And can be done in any shade of white that people desire. This is permanent, however it is invasive. Which is not a great option for everybody.

Finally, they can use a bonding material. That is a white, translucent gel. It is applied in a thin layer to the front of the teeth. And the effect is a whiter, brighter smile. It is not invasive at all.

However, it will need to be reapplied once or twice a year. Because it will wear off with time, and with brushing.

When people visit their Ellerslie dentist for a regular checkup or cleaning. He often have questions that they want answered. They may have had a cavity, or have discovered that they have gingivitis.

And so one of the most common questions that they get. Is how can people prevent tooth decay and gingivitis? Ultimately, some people are predisposed to having problematic teeth or gums.

While other people have virtually no problems. And rarely get cavities, despite what they are brushing routine is. If people have a genetic predisposition. To either tooth decay or gingivitis, this is often just going to be.

The way they are built. And in this case, Ellerslie dentist recommends. Coming to the office twice a year for a checkup. So that they can eliminate problems early on. While they are still small.

However, it is always best. To start with a good oral care routine at home. Not only should people be brushing twice a day. But they should be brushing with a soft bristled brush. For two minutes every time they brush.

If they brush to hard. Or with a hard bristled brush. They could damage their gums. Or brush away the enamel. That is a protective coating on their teeth. They should follow up their brushing with mouthwash.

Ideally, and alcohol free kind. They should do this every time they brush their teeth. As it will eliminate the bacteria. That live on other surfaces of their mouth. Such as their hard and soft palate.

Their cheeks, gums and tongue. The mouthwash will get rid of the bacteria. That can cause tooth decay. And that can transfer very easily. From the cheeks or tongue, back onto the teeth.

Finally, Ellerslie dentist recommends flossing every single day. Food particles, and bacteria can get stuck. In between the teeth. And even brushing and mouthwash. Will not get rid of the food particles or bacteria here.

If they neglect to floss, Ellerslie dentist says they will be avoiding. Cleaning off 40% of the surface of their teeth. Which is like missing almost half. Of teeth in their mouth to clean.

There are many different flossing products. That can make it less of a chore. Especially if people have a hard time. Using a regular dental floss. And while these are all great ways to take care of their teeth for cleaning.

The tooth doctor also says the food that people eat. And when they eat it, also factors in. To their oral hygiene. People should avoid sugar whenever possible. As it significantly increases the likelihood of developing cavities.

And stick to un-processed foods. Foods that are whole, and have a diet. Rich in vegetables and fruits. When people eat, the recommendation is to avoid eating. Directly before bed. Even if they brush.

Because residue food, can cause a lot of problems. As a person is sleeping. By following these great recommendations. People can have the healthiest mouth, in between visits to the tooth doctor.