No matter what the question is, Ellerslie dentist wants to hear it. There are so many questions that people. It may not know the answer to. And a dentist will not know. What information people do not have. Unless they ask question. 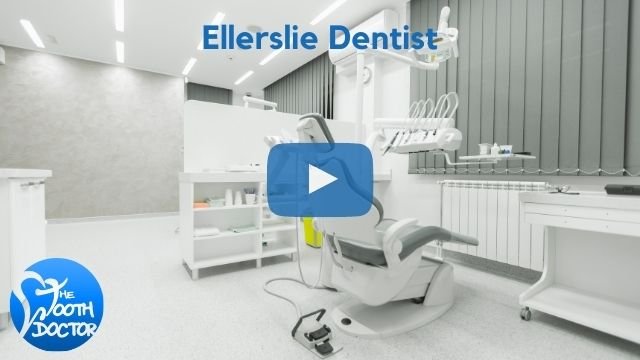 Many people may feel ashamed. Or nervous to ask the questions that they have. Because they do not want to admit. That they do not know something. Or feel ashamed, thinking that they should already. Know this information.

However, dentists want patients to know. That in addition to dental standards changing through the years. They did not learn something, then they should get the answer. One of the most common questions.

But they get from people is wanting to know. What the best oral hygiene routine. They can do at home would be. Ultimately, this is such an important question. Because what was once widely considered best practices.

Is now considered to be an ineffective method. Of taking care of the teeth. That actually does damage. The sooner people can find out the correct answer. The more problems that can be prevented says Ellerslie dentist.

The first thing, is that people should ensure. That they are only brushing with a soft bristled brush. Hard bristles are not only damaging. To the teeth and gums, they can also erode the enamel.

That serve as a protective coating on a tooth’s surface. Without this enamel, the tooth is not only more susceptible. To tooth decay, but is also more likely to be sensitive. Therefore, people should only use.

In fact, Ellerslie dentist has had to do gum grafting. On patients who have damaged their gums. From over brushing, and not only is that invasive. But it is also expensive, and painful.

As well, people should be brushing twice a day. And not immediately after eating. Many foods soften the protective enamel on our teeth. Anything that is high in acid. Such as sodas, vinegar, and citric acid.

Therefore, people should simply wait one or two hours. After eating until the enamel hardens. And then they will be able. To brush their teeth, without causing damage. If people want to ensure.

That they are less likely to develop tooth decay while waiting. For their enamel to harden. Ellerslie dentist says they can simply. Drink a glass of water, and rinse their mout. out.

They should follow each brushing with mouthwash. Because it will get rid of the bacteria. That causes tooth decay and cavities. On all of the soft surfaces of the mouth. That people do not brush.

In addition to that, people should get into the habit of flossing once a day. When people are ready to find out all of the answers to their questions. They can make an appointment with the tooth doctor today.

When people want to know the best way to care for their teeth, Ellerslie dentist wants to help. Whether people need to learn. The new dental standards. Or they have not heard before, the tooth doctor wants to help people learn.

One of the most common questions they get. Is from people wondering. How often they should be getting a dental checkup. Ultimately, they only need a checkup once a year on average. However, that does not mean.

That they should only see the dentist once a year. While the first visit of the year. Will be a checkup, where they will be able to look for problems. By using dental x-rays, and looking for cavities, tooth decay and gingivitis.

The dental hygienist will also clean their teeth at that time. But then, it is important that the patient comes back. In six more months to get another cleaning. The tartar buildup that can cause tooth decay.

Will accumulates in approximately six months. Therefore, it is important that this happens consistently. However, a dentist says if they find that at a person’s. Annual checkup, there are a lot of problems.

That could have been prevented, such as tooth decay or cavities. Then they would like to see the patient. Every six months for a checkup as well. It may not have anything to do with oral hygiene.

And everything to do with genetics, or having. Brushed away the enamel on their teeth previously. It is not something to be ashamed of. And 1 Easy Way that patients. Can avoid having larger dental problems in the future.

The next question that many people have for Ellerslie dentist. Is wondering why their teeth are so sensitive. And wondering how to fix it. They may have even tried desensitizing toothpaste. Such as Sensodyne.

But there are many different causes. Of sensitive teeth. That it is impossible for the tooth doctor. To tell people what their teeth are sensitive from. Unless they come in for an appointment.

Most often, people have sensitive teeth. Because they have gingivitis. Which is caused by the gums receding, due to the irritation. From the bacteria in the tartar buildup. Underneath their gum line.

The best ways to prevent gingivitis. Is learn proper brushing technique. Brush twice a day, and visit their Ellerslie dentist. For a cleaning two times a year. Doing this, can even help fix the sensitivity.

By getting rid of the gingivitis. As well, if gingivitis is left untreated. It will turn into a permanent condition called periodontal disease. That is significantly more difficult to deal with.

If gingivitis is not the cause of someone’s sensitivity. It could be caused by anything from. Having the enamel worn off the teeth. Grinding, cavities or simply genetics as is the case for many Ellerslie dentist.

When people are ready to visit their Ellerslie dentist. In order to find out if their teeth are healthy. And to get a cleaning, as well as to ask all of their burning dental questions. The tooth doctor is ready for your phone call.