A common question that many people have, is can they still get Invisalign in Ellerslie. If they have previously had dental sealants put onto their teeth. The short answer to this question is yes they can. 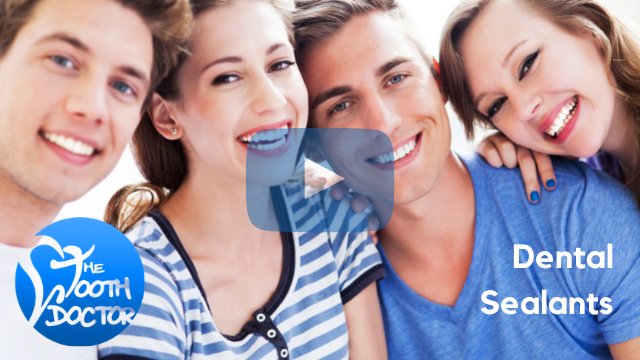 Even though dental sealants, are very thin layer of plastic. That are applied onto the patient’s teeth. When people are talking to their dentist, about getting Invisalign in Ellerslie.

They need to understand, that the dentist will take a scan of their mouth and teeth. And create the Invisalign trays to fit around the teeth. This means, that the very thin layer of plastic.

That have been placed on patient’s molars, are not a barrier. To the Invisalign trays, that people will be getting for this tooth straightening system. In fact, the dental sealants can even provide a protective barrier.

Even once they have placed the Invisalign trays in their mouth. However, people still have a lot of questions. About getting dental sealants. Especially if they plan on getting Invisalign in Ellerslie later.

What dental sealants do, to protect the teeth. Is provide a protective barrier, on the molars. Which have what dentists refer to as pits and features. Referring to the very uneven surface of molar teeth.

Not only is it very hard for toothbrush to get into all of the services. Of the molars, but especially children. Who are still learning how to brush properly. And teenagers, who may not have the best oral hygiene habits.

May end up missing parts of their molars. Which can then be susceptible to tooth decay. That is why many dentists are quite keen to apply sealants onto children and teenagers teeth.

One question that many parents often have for their dentist. Is wondering if they can apply dental sealants. To their children’s teeth, if they have had a cavity already.

While dental sealants can be applied onto the teeth. Once they have had a cavity, and have had the cavity filled. Some dentists do not see the point of this. As they already have tooth decay.

Which is why it is very important to get the sealants, while the patient is young. Before they have tooth decay. It is simply important for people to know. That this does not replace oral hygiene.

And they must still brush twice a day, and floss daily. In order to prevent other dental problems. Or, in case there dental sealants have chips or cracks in it. Dental sealants are very important.

And whether people are planning on getting a dental straightening system. Or one kind of another, or not. They can have both procedures, without any problems.

And the Invisalign in Ellerslie trays, will be designed. To go around all of the teeth. And dental work that people may have had in the past. Therefore, the sealants are not a barrier to getting their teeth straightened.

And when applied correctly, provides 99% protection. To people’s teeth, for about ten years. This can help people prevent needing cavities. Which not only are expensive to apply to the teeth.

However, it is also important to note. That while the dental sealants will last up to ten years. Someone’s oral hygiene habits, diet and food choices. As well as any hobbies that they have, and habits can impact that.

For example, someone who eats a lot of acidic foods, or foods with a lot of bones. They end up wearing out, chipping or cracking the sealant. This is one reason why it is vitally important for people.

To see the dentist every six months. They will be able to check the teeth, in order to determine. If the sealants need replacing. So that people do not end up thinking that they are not going to have cavities.

Because they have dental sealants on their teeth. Where they have a crack or chip, and they can quite easily get tooth decay. Many parents may wonder, if they should get their child’s teeth protected.

If they are eventually going straightened their child’s teeth. With Invisalign in Ellerslie. Or another straightening system. And one thing that they should keep in mind. Is that their child’s need for straight teeth.

Should not impede them from attracting their teeth with dental sealants. They will still be able to get the Invisalign system very easily. Because it is designed to go around teeth, and any dental work done.

Parents also wonder, if it is worth the time. To apply dental sealants on their child’s baby teeth. And again, dentists would say that this is important. Even though baby teeth are going to fall out eventually.

Children can develop significant tooth decay. And require teeth to be pulled, or root canals in their baby teeth. Which not only is expensive, but is painful for the child as well.

Parents of children, or teenagers. Should not hold off on getting their child dental sealants. Even if they are going to need to straighten their children’s teeth. They will be able to get both, to have cavity free, and beautifully straight teeth.