Invisalign Ellerslie is quickly becoming popular. Because if people want a straighter smile. They no longer have to put up with. Silver braces on their teeth, causing embarrassment. While many people get braces. 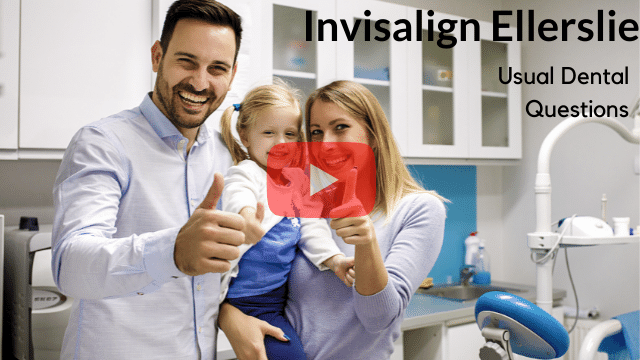 When they are children, it is no longer. Something that just children want. If people have a less than straight smile. As adults, that they want to correct. It is more common for adults to get to the straightening.

However, with Invisalign Ellerslie. People no longer need to use the silver braces at all. What Invisalign is, is a tooth straightening system. People must first visit a dentist, such as the tooth doctor.

And they will be able to get a scan. Of their mouth, and teeth. This scan is incredibly important to the Invisalign process. Because after they have imported. The dental scan into their special program in a computer.

They will then need to wear these clear dental trays. In their mouth, for approximately twenty-three hours a day. People can remove the dental trays in order to eat their food.

However, in order for Invisalign to work best. People must commit to wearing them. For the twenty-three hours a day. And they also must commit. To brushing their teeth after they eat. So that they do not cause.

Cavities to form, as food trapped underneath the Invisalign trays. Can cause dental decay. And cavities very quickly. The first tray that people need to wear for Invisalign Ellerslie. Is for about 3 to 4 weeks.

And unlike braces, people will not get those headaches. Associated with tightening the braces. When people had silver braces, with wires on their teeth. In fact, most people who have used Invisalign.

Say that there is no discomfort at all. And the first time they put in a new tray. They might feel a different sensation. But that goes away after a few hours.

As well, many people who get braces. Experience a slight lisp. As their tongue, and mouth get used. To sounding out words and letters. With a bunch of extra metal in their mouth and on their teeth.

People who use Invisalign experience. Virtually no difference in their pronunciation. However, if some do, it goes away. After the first few hours. Of wearing a tray for the first time.

The best thing is, since Invisalign is completely clear. They can wear their trays out in public. Such as to school, at work. And at public events. And nobody even notices that they are getting their teeth straightened.

Depending on the severity of the crookedness of the teeth. Many people may need to wear Invisalign trays. For eighteen months oral little bit longer. But most people will have the smile of their dreams.

After a year of wearing Invisalign. Making this one of the best ways. For people to get the straight smile they have always wanted at any age.

Many people have questions about Invisalign Ellerslie. Whether adults are looking to get a straighter smile. Or if they are looking into Invisalign for their child, because they do not want to get traditional braces.

There are many reasons why people do not like traditional braces. Not only are they uncomfortable. But they are extremely noticeable. And especially in children, the cause of playground bullying.

In adults, they may want to avoid. Traditional metal braces. Simply because they do not like the look. And when braces have to be worn. For many years, it can be a form of embarrassment.

For some adults, who do not want the world to know. That they are straightening their smile. This is one of the benefits of getting Invisalign Ellerslie. They are absolutely clear, so nobody has to know.

Many people want to know if they are good candidate for Invisalign Ellerslie. And while most people will be able to wear Invisalign. There are a few exceptions to the rule. And a visit to their dentist.

Such as the tooth doctor, located in South Edmonton. In a neighbourhood called Ellerslie. Will be more than happy to do a free consultation. In order to look inside their mouth. And determine if they are good candidates.

While many people are a good candidate for Invisalign. They also have to commit. To wearing these trays for a certain number of hours. Every single day, in order to get the results they desire.

For example, if a child is not going to. Where there Invisalign tray all day at school, at home. And while they are going to sleep. It may not be a good option to straighten their teeth. For these children, traditional braces.

May be the best option. However, most dentists will often say. They can avoid using the metal braces on their teeth. If they decide to wear the Invisalign for the required number of hours.

As well, people must be committed. To brushing their teeth immediately. After eating, so that they can put the Invisalign Ellerslie back on their teeth. This may be difficult to remember to do.

However, people can end up with significant cavities. Since the food remnants. Left on their teeth. Will be trapped there by the clear Invisalign tray. And the bacteria will be able to create a lot of cavities and tooth decay.

If people are used to eating say lunch for example. And they do not brush their teeth, at least whatever they eat will be washed away. By the person’s saliva, and any drinks they have.

Therefore not brushing. While using Invisalign, will lead to more cavities. Then people would usually experience. If people have any more questions for the tooth doctor about Invisalign.

They should call the office today. And set up a free consultation, where they will be able to find out. If they are a good candidate. And answer all of the questions that they may have about this procedure.