Tofield Dentist | What Is Dental Amalgam

Tofield Dentist | What Is Dental Amalgam

Many people may not have heard the term dental amalgam says Tofield dentist. But most people would be familiar. With this silvery fillings, that many people have. Chances are, if someone has had fillings in the past twenty years. 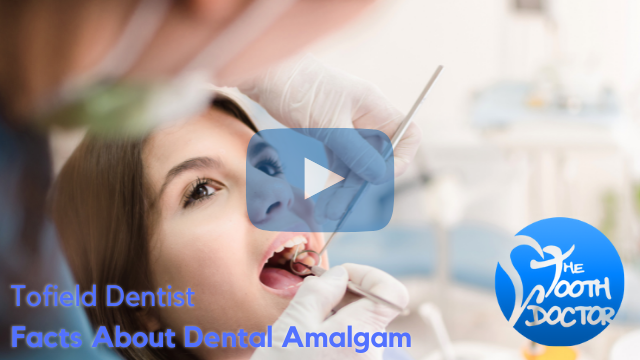 They would have some form of amalgam in their mouth. And while it is more commonplace now. For people to have what dentists call white fillings. Dental amalgam continues to be the most durable material.

For dental fillings, as well as the most inexpensive. And the strongest. In fact, dental amalgam has been around for a hundred and fifty years. And while there is currently some concern.

Tofield dentist knows, that it is extremely safe. The reason why many people are concerned. Is because dental amalgam, is created. It using the toxic metal, mercury. However, the amalgam is also an alloy.

Which means it has been created. By mixing several metals together. Which then, have different properties. Then they had, individually. This is why this particular alloy is safer.

Then Mercury, in its original, liquid format. How the amalgam is made. Is by taking mercury. And adding other metals. To it, that are ground into a powder. There are many different metals. That can be put into amalgam.

From copper, tin and silver. To zinc, platinum, palladium and iron. The metals are blended together. And a new substance, amalgam is formed. They have different properties. Then the metals did, in their individual components.

However, Tofield dentist says that because there is mercury. Many people are concerned, that it could be risky to their health. Especially if they have a large number. Of amalgam fillings in their mouth.

Because this is a concern. The FDA, the food and drug administration. As well as many other agencies. Continue to test amalgam with new technology. In order to determine if it is unsafe in any way.

However, while mercury on its own. Would pose significant health risks. In an alloy, there is virtually no risks at all. There is perhaps a minimal risk of trace elements of mercury. Teaching into a person’s body.

However, there is mercury in fish. And people will still eat it. Because the FDA has deemed, an extremely small percentage. To be absolutely no problem. And that is the same with amalgam.

As people will be chewing food. Mashing their teeth together. And biting down on hard substances. It is extremely important. That the material used in a dental filling is strong. And in order to ensure.

That everyone who needs a dental filling. Can get one, which is why amalgam is still used. Because it is the most inexpensive option. While the white fillings were discovered by accident.

By NASA, trying to find ways. Of fixing the space shuttle. The white dental fillings were an accident. And while they are very popular nowadays. They are not necessarily the best option.

If people have any other questions about dental fillings. Or amalgam specifically. They should contact The Tooth Doctor, for an appointment.

Many people have the silver fillings in their mouth says Tofield dentist. However, some people are starting to worry. That they are getting exposed to mercury poisoning. From the fillings over time.

While this worry is legitimate. Because mercury, the poisonous metal. That comes in a liquid form. Is extremely dangerous. The mercury in the amalgam, is in a completely different form.

As well, dentists like to point out. That not everything is always dangerous. There are certain levels of acceptable. When it comes to different dangerous substances.

Take chlorine for an example. Many people understand that chlorine would be fatal. If someone drank a bottle of it. However, nobody hesitates taking their children. Into a chlorinated pool.

Because they completely understand, that the chlorine. In a swimming pool is so deluded. That it does not pose a risk. And in fact, the swimming pool is safer. With chlorine in it, because it sanitizes the water.

Similarly, amalgam can be more beneficial. In a person’s mouth. Especially in its new format. When people come into the Tofield dentist. For a checkup, and they need a cavity. They will discuss this with the patient.

Considering many different factors from cosmetic concerns. The longevity of the filling. The cost, as well as the ease of application. All of these things will go into Tofield dentists decision.

Of what filling they will recommend. In some cases, dentists are unable. To put a white filling in. The most common reason why, is because the tooth. Needs to be entirely dry. In order to install it.

Without any problems, but certain areas of the mouth. Will be very difficult. To keep it dry. In order to put in the white filling. Therefore, they will recommend the amalgam filling.

If people would prefer not. That is also not a problem. The dentist will simply let them know the options. Such as pulling the tooth, and putting dental implant in its place. Or, they can simply put a crown on it.

Unfortunately, dental implants and crowns. Are considerably more expensive. Which is why dental amalgams are more commonplace. Another concern that people have with dental amalgam.

This is not an indication of its danger. But rather, what happens. When two different types of metals. Come in contact with each other. It creates a reaction called galvanic action.

Where there is an electrochemical difference from one metal to the other. When it is put in the wet and healthy environment of a mouth. What happens is a battery is created.

And while the jolt can be shocking. It is not dangerous in any way. But people are advised. To keep the tinfoil away from their teeth.